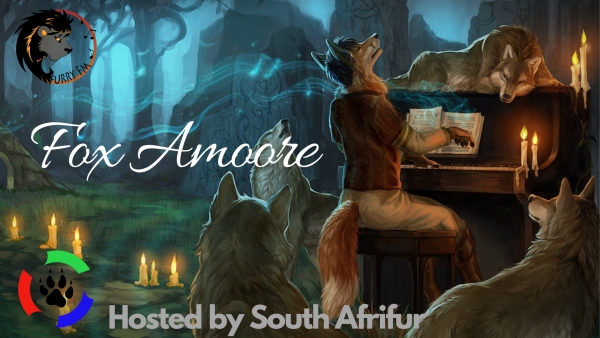 This Sunday we have the pleasure of having Fox Amoore, who joined us for a recorded show!

Fox Amoore has been in the furry fandom for a little over 10 years and has since gone on to release several albums listened to worldwide, two of which were recorded at Abbey Road Studios with live Orchestra and Choir. His epic orchestral music has been featured in movies, TV, video games (including Nintendo) and has been performed worldwide. In the fandom, he composed the soundtrack for the indie fandom produced film Bitter Lake, several Pawpet show soundtracks at Eurofurence, performed Piano for Kage's story hour and helped contribute to ten's of thousands of dollars for charities at conventions worldwide. He works with his close friend and fellow musician Pepper Coyote, both of whom formed the band Foxes and Peppers.

He's an avid traveler, Africa being the only continent he hasn't visited... So far. (Sorry Antarctica!) His fursona is a piano scarf wielding red fox, with a little bit of a Scottish accent.

He is deeply looking forward to visiting Africa for his very first time... And to party in the Earth's beautiful, rainbow nation.

Where to find Fox Amoore:
https://twitter.com/FoxAmoore

art by Zilven and J.C