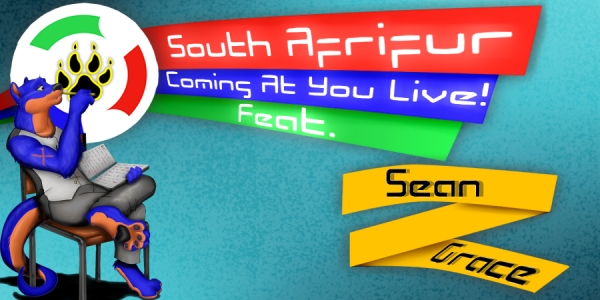 This Sunday we have Sean Gerace of GoAL publications

Sean started AnthroAquatic Editing in 2011, while working as one of the managers of a smaller Borders Books (chain book retailer now out of business) location, where he managed to actually sell books from the Big 3 furry publishers. While working a multitude of retail jobs (at one point, he was managing the FWG (Furry Writers Guild), running AnthroAquatic, working a full-time job, and working a part-time job), he's been building his skills as a self-taught editor, getting where he is today. Right now he's working with a variety of novel projects, as well as two visual novel projects, while still working full-time retail.

At the end of 2015, I started a webzine entitled A Glimpse of Anthropomorphic Literature (GoAL), and started Goal Publications as a way of hosting it. He had wanted to try his hand at publishing for awhile by this point, and so once the webzine stopped in mid-2016, he opened up to novel/novella submissions.

So stay tuned, this Sunday for Ivic, Scratch and Sean Gerace at 8pm CAT 7pm CET, 6pm GMT and from East Coast to West Coast America between 2pm EST and 11am PST

More in this category: Previous This Sunday Fred Patten Next This Sunday: Hugo Jackson
back to top