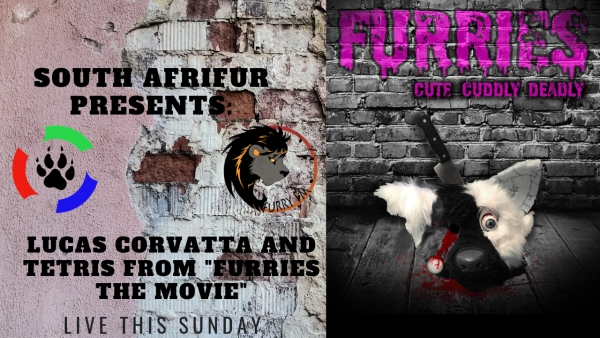 This Sunday (08/09/2019) South Afrifur Presents: Lucas Corvatta and Tetris from "Furries the Movie"

This Sunday we have our interview that we recorded last week with Furries the Movie!

An 80's style horror classic film that portrays Furries as, "the good guys", where a group of friends attend a fur-con but soon realize a rogue killer is on the loose and stalking them. They must band together to stop him and along the way discover the necessary power they never knew they had, with the underlying theme, "It's Okay to be Yourself."

The film is projected to release in theaters in October 2020.

Join in this Sunday (08/09/2019) as we speak about this exciting project slated for next year!