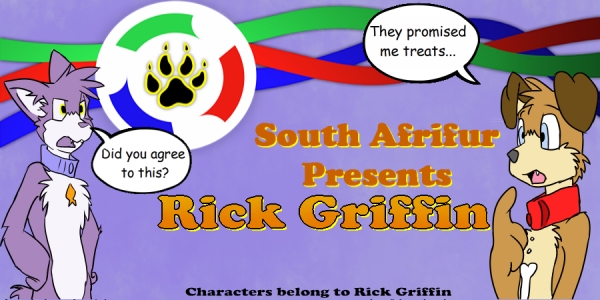 This Sunday: Rick Griffin From Housepets!

Yeah, I guess we offered treats...

Winner of this year’s Ursa Major for Best Anthropomorphic Comic Strip, we have the absolute pleasure of having Rick Griffin, the creator of Housepets! to join us this Sunday.He’s also been a Guest of Honour at Midwest Fur Fest in 2011, Confuzzled 2014 and he’ll be GoH at Rocky Mountain Furcon next month.

His prowess as an artist as well as having won the Ursa Major almost consecutively since 2009, having Rick Griffin on the podcast this Sunday evening truly is a honour. In what can only be a relatively long list of topics to discuss, we'll look at how Housepets! was created, his ability to capitivate his audience year in and year out with a knack for story-writing, the original reasons as to why he joined the fandom and more.

Truly one of the many gems of our fandom in regards to popularity, we will be able to get a first hand look at the man behind the idea of Peanut and Grape as well as the entire cast of Housepets! and see some insight into the man behind the art.

But there’s more! Check below for his website and have a look at some of his other projects!

So stay tuned, this Sunday for Rick Griffin at 8pm CAT/CET, 7pm GMT and from East Coast to West Coast America between 2pm EDT and 11am PDT

More in this category: Previous This Sunday: Arrkay and Underbite from Culturally F’d Next This Sunday: Chaos Cast
back to top