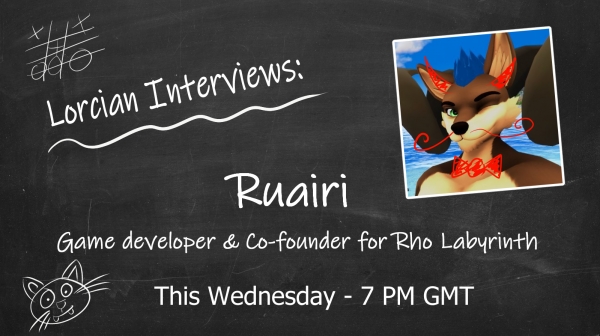 In the 2nd episode of LOLO Radio, we have an interview with Ruairi!

Ever wondered what it's like to work in Game development? Ruairi has previously worked for a major game publisher and more recently has decided to start his own studio as an Indy Developer based in Germany. He is currently working on a Furry, queer, biopunk, narrative adventure game called Mars Vice. So Join Lorcian and Ruairi for a sit down chat about Ruairi's career as a games developer and some of the stories he has to tell!

The show starts this Wednesday the 21.7 at 8pm GMT+1 LIVE on Furry.FM. The show itself will be hosted in English, but our dear Lorcian also understands German!

More in this category: Previous LOLO Radio Ep. 3 - Interview with Daltyn from Furality!
back to top