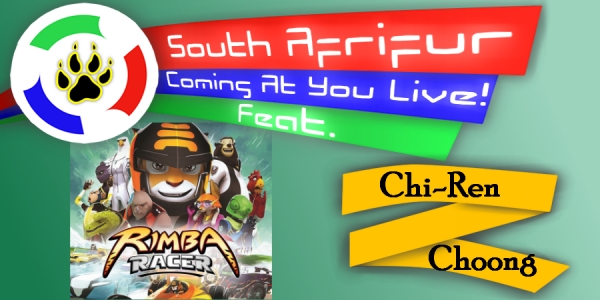 This Sunday we have the Writer for Season one of Rimba Racer joining us!

Chi-Ren Choong majored in Screenwriting at Columbia University. After returning to Malaysia and struggling as a location and production assistant he decided that writing was a more relaxing way to make a living. Since then, he has written for television, film, theater, comic books and animation. He wrote, voice acted and co-directed “Saladin the Animated Series” which was nominated for an International Emmy Award in 2011. Since then, he’s written and acted in “RIMBA Racer”, was part of the writing team for “Police Evo 2” and was co-writer of the action film “Tombiruo Penunggu Rimba”. He tried settling down in a 9 to 5 office job as a development executive for Ideate Media but wearing pants and driving through rush hour traffic proved too much for him. He is currently a freelance writer working on several television series and films for Infinitus Films, Double Vision, Apparat Studios and HBO Asia.

So join us this Sunday for Ivic Wulfe, Scratch and Chi-Ren Choong at 8pm CAT 7pm CET CET, 6pm GMT and from East Coast to West Coast America between 2pm EDT and 11am PDT