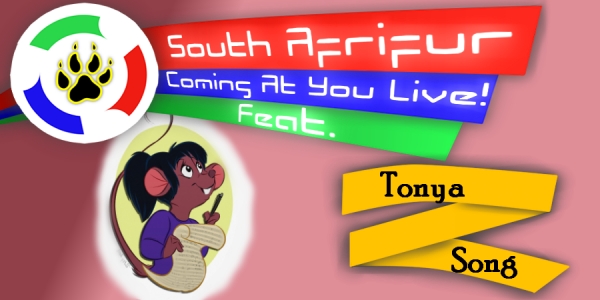 This Sunday we have the pleasure of having another addition to our Multiculturalism in the Furry Fandom Series!

Tonya Song has been in the furry fandom since 2004. She is a Native of southern Arizona and is American Indian (O’otham) and Mexican. She is a professional musician, primarily a composer, but also a conductor, keyboardist, and multi-instrumentalist. She has composed works for various orchestras and ensembles, including QX, Green Bay Symphony, and the Cape Symphony, as well as productions and media including PBS. Within the furry fandom she has worked both independently and with other acts such as Pepper Coyote and Fox Amoore, performing with them at cons, and also did work on Fox Amoore’s “Come Find Me” and “The Dream Catcher” albums.

Tonya Song also does work on Native education, preservation, and activism. She has worked with tribes in about half the continental states on various programs and projects. Her goals are to bring to light the invisible & ignored injustice issues that the Native community faces.

So join us this Sunday for Ivic Wulfe, Scratch and Tonya Song at 8pm CAT 7pm CET CET, 6pm GMT and from East Coast to West Coast America between 2pm EDT and 11am PDT

Art of Tonya by: https://twitter.com/betsythebeaver

More in this category: Zurück Ivic Wulfe vs a Giant Rat - This Sunday Weiter Interview with Chi-Ren Choong writer for Rimba Racer! Sunday 15/04/2018
back to top