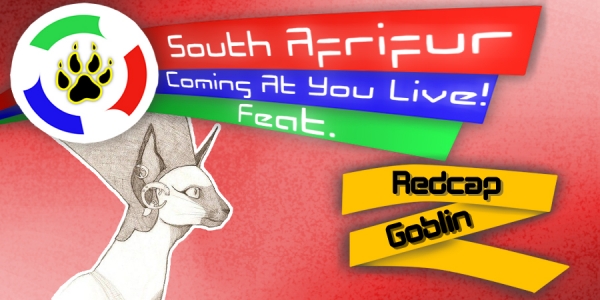 This Sunday Redcap Goblin to talk about her writing

Carmen's furry stories include "Night Sounds, "Sleeping with Wolves", and her first poem "Only Hound Dogs Up In Harlem". One was published in literary journal Prick of the Spindle (ended), and two in separate Typewriter Emergencies volumes. Her Master's thesis and draft manuscript about anthropomorphic canine characters surviving Prohibition and the Great Depression provided the fodder.

Her official website is http://TabbertheRed.com , named after her cat warrior, Tabber, and the feline epic fantasy six of eight published stories are based in. Carmen is its webmaster.

One can find links to most of her publications at http://TheAngryGoblin.wordpress.com and her art portfolio on http://CopperSphinx.deviantart.com .

All mentioned links are also provided on the Tabber the Red site.