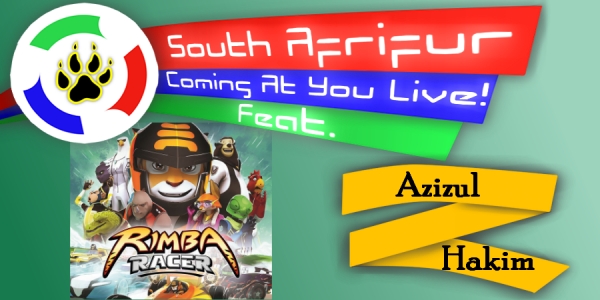 This Sunday we have the pleasure of having our second of three interviews from staff of the animated series Rimba Racer!

Azizul Hakim is a Film & Animation graduate from Multimedia University (MMU), Malaysia. He is currently a member of the teaching staff in the Animation and Visual Effects programme in the Faculty of Creative Multimedia, based in Cyberjaya. Azizul has been tinkering with computer graphics and animation since the late 90s. For almost two decades, besides being heavily involved in animation education, he’s also been lending his experience to various projects ranging from commercials and music videos to animated television series and visual effects shots. Despite being one of the founding members of Glue Studios and contributing heavily to the RIMBA Racer project, his crippling fear of crocodiles has never abated. Currently, he is spending his time trying to wrap up his PhD thesis without sustaining any permanent damage.

So join us this Sunday for Ivic Wulfe, Scratch and Azizul Hakim at 8pm CAT 7pm CET CET, 6pm GMT and from East Coast to West Coast America between 2pm EDT and 11am PDT